Trackside vs. LTE aggregation: insights for the right choice

Maxima is the global leader in monetising Wi-Fi networks and a pioneer in providing. If you choose the right technology and monetisation system there are major opportunities for business growth through higher fares and premium services.

Any transport operator willing to introduce passenger Wi-Fi faces the choice of backhaul technology. Here are options that should be considered:

Each one has its limitations, advantages and dis-advantages. We see a lot of cases when the choice is made without even considering alternatives thoroughly and here it’s rarely made with deep understanding of future monetization limitations.

Let’s go through these options and highlight key points that might affect the choice.

It’s usually the cheapest option when decent coverage is in place and it’s possible to buy enough traffic at fare rate. Equipment can be purchased from $50 (SOHO) to $500K (ruggedized and compliant to international transport standards). It’s possible to run the same monetization schemes using both, so equipment choice might be affected by maintenance considerations and transportation operator’s requirements. 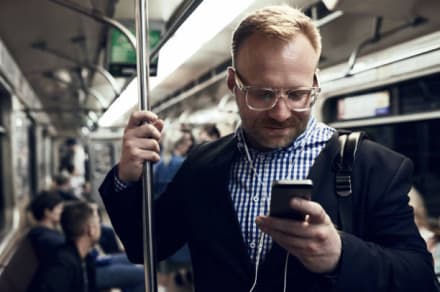 Monetization will be limited to Advertising and Static content, including native articles

Average throughput is from 2 to 20 Mbps. The best performance will be achieved if the MNO will set highest priority for these sim-cards in network configuration.

One more specific point here is that the same bandwidth will be available on personal devices, so the target audience will be limited to lower income passengers and international tourists.

This is why this approach is mostly used at city over ground transportation and tourist buses. For instance,
it’s used in Moscow Transport Wi-Fi.

This option is different by two parameters: bandwidth and coverage are guaranteed by design,additional CAPEX and OPEX are required and are quite high.

Bandwidth here is basically all bandwidth available in an LTE network with given spectrum (let’s assume 80MHz is available) shared by all «users» in the area. Resulting average speed may be up to 100 Mbps per vehicle.

Service of such quality can be easily monetized with video ads and video content in addition to the above mentioned static advertising, but unlikely all of these will pay back for the complete infrastructure.

This is a good option for citywide services, where Transport Wi-Fi is just one of many.

We haven’t seen this model outside subways at all but would assume it’s possible to deploy in Middle East capitals willing to pioneer Smart Cities.

One of examples in subways — the first on-train Wi-Fi network in Seoul Metro.

By aggregating two or many LTE channels onboard it’s possible to increase stability and speed of passenger Wi-Fi. Equipment allowing aggregation is more expensive — it costs from $100 to $15K, depending on industrial protection, functionality, number of sim-cards and support. We’d suggest a ballpark $500 for 2-sim solution for buses and trams and $5K for 4+ sim-cards on trains. If it’s planned to provide onboard media content, add $5-10K more.

Available average throughput may vary from 30 to 100 Mbps, but it’s unlikely possible to agree the highest priority for public Wi-Fi sim-cards with all mobile data providers — such customers are a nightmare comparing to any B2C customer, both from usage pattern and requirements standpoints. So, the service quality usually declines in rush hours.

This approach is probably the most balanced and widely spread, especially on railways. And this is why it’s somewhat default for all over ground transport.

Railways, however, should at least consider another option — own trackside radio network.

Thus, bandwidth here is limited to 5GHz Wi-Fi bands — up to 160MHz with aggregation or 80MHz without it. As a result, today it’s possible to achieve average throughput of 500 Mbps per train, and in some cases — up to 1Gbps when aggregating bands and 2 active mobile units in both head cars of a train.

Usually this is the main option for environments with poor cellular connectivity — subways and rural areas.

Equipment costs will be somewhat the same as with a good LTE aggregation solution, but monetization options are unlimited here due to robust train-to-track channel speed and low latency.

Using existing elements can help to decrease costs of TSN dramatically: with ballpark $50K per km of track (not tunnel!), up to $15K can be saved by using existing fiber and power infrastructure.

You can easily estimate LTE prices that are displaced with own TSN by multiplying average data package price, amount of sim cards per router, amount of head cars and the intended period of operation.

It is still a theoretical since there are no known productive deployments but using higher millimeter bands allow to utilize hundreds of megahertz of spectrum leading to 1Gbps+ throughput.

If the potential license is limited to passenger Wi-Fi, it is subsidized and speeds more than 50Mbps per train are not expected, we TSN. If the investor can employ additional monetization models, including services for MNOs and transport operators, TSN is worth detailed exploration even if its deployment seems hard in given environment.

Satellite routers are historically used for environments with no cellular coverage and no possibility of installing a TSN. These include aircrafts, marine liners, railways in the largest countries with low population density. In short, costs, especially OPEX,

are really high, and we’d recommend to consider this technology outside aircrafts only in combination with some others (LTE aggregation, TSN in more populated areas) and at scale (when you can buy out a substantial wholesale bandwidth from the satellite operator).